Back To Roots For Common Future (II)

19 Lis Back To Roots For Common Future (II)

The next days were crazy. All the participants had to figure out how to communicate without words or without understanding the language of the others. This kind of situations were led by teather and improvisation workshops, wich were really funny to see and to shoot.

Futhermore, we played some trust games and we had som relaxation workshops as well. Sometimes I was just one more of the participants. Sometimes I helped puting order around, or taking pictures. At times I didn‘t know what to do, or what was my role exactly. Everything was new even for my bosses in this kind of situation, and ocasionally I felt that instead of helping I was a stumbling. In any case, they told me several times that they were glad I stayed there, helping. So maybe I wasn’t a stumbling after all. But as a result of staying at ICM the whole day –being or feeling useful or not-, I hadn’t enough energy to continue the party after the activities most of the days, I only wanted to sleep –age is an state of mind, after all-. But some nights I went out, what was very instructive for learning Czech or even some Swedish. Only the most useful and important words, really.

And between all those activities, we had also some kind of breaks. I don’t mean “food breaks” –thank you, Monika, you will be always our “food mother” and we liked you food really much-, but something different among all those workshops. I mean the trip to Prague and “the mistery tour”. The trip to Prague was great and I could fall in love more with the city. Moreover I could use the big and good camera of ICM to take better pictures than I could do the last time with my mobile phone. But the fact that I enjoyed the day trip doesn’t change the thing about being so tired about being a tourist all day again.

The mistery tour was just magical. I lived that experiencie as a participant and for me it was really special. They took us to some particular places in Slaný and around the town. They made up some kind of legend, and all of us had to follow the steps, living every little detail of the tour. I wish I was able to write better about that, but for me it was just special. The atmosphere, the role of the actors that helped us to be really involved there, the places with the stars as a background and little candles lighting the unfinished gothic church and our new ways of thinking, lighting our awareness. And the final stop with our wishes for the next year and the talismans made us be really happy about just being at that precise moment. 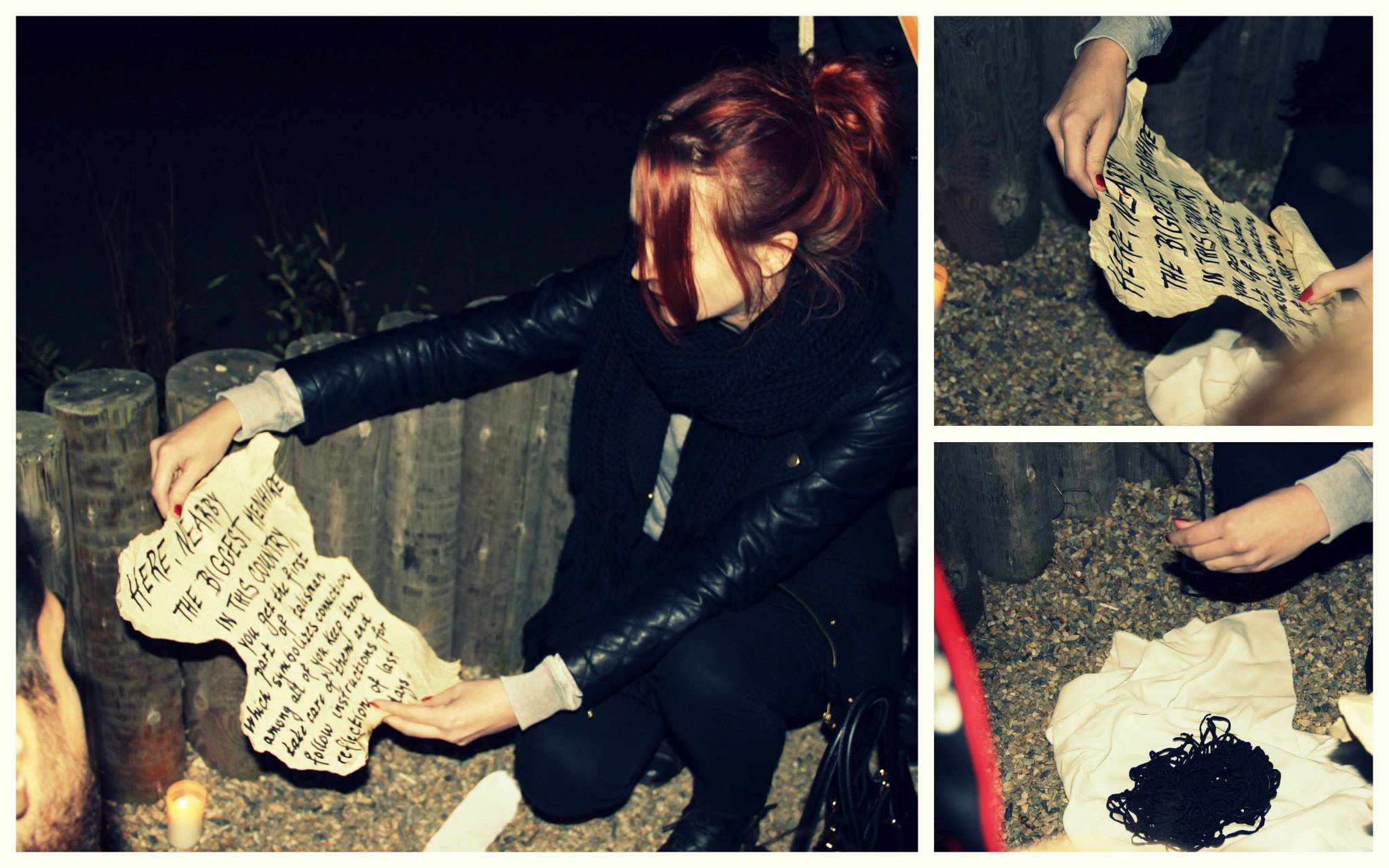 But like everyone knows, everything has it end as well as that magical night. We needed energy for the next days, which were full of activities. “The Parade” was the last aim of the exchange. A moment just to be together, to be one. It was the time for coming back to the roots for a common future.