Well, it‘ s time to remember our last hours of the exchange. Friday started with kind of s****y weather, although later was pretty good. The same path had my mood. I don’t know if Etna’s superpowers include weather control or it’s the weather which controls her. I have to think what option is worse and then I will tell you the truth.

All memories are kind of a blur for me despite it’s only Sunday, but let’s say that it was a relaxing and reflecting day at a time. Participants were working on their youthpasses, packing and not much more things actually. We had again a pretty good dinner by Michaela and afterwards, some touching time writing personal letters to those we wanted to. We revealed as well our secret friend (I KNEW IT!!! I knew from the first gift that it was Sirín 😀 😀 :D) and we talked about our gifts all with another bonfire that night. But we had to go to sleep pretty early (ehem), because at five in the early morning we had to wake up for and „indian morning“.

It wasn‘ t really early, at least in my case, because I went to sleep after one, but first all worried about some participants that got lost in the middle of the dark night. Or kind of. Fortunately, Iveta and later Sirín, could solve this issue. So there we were. Five ten in front of the main door of the building, myself with my special „zombie mode“, regardless I wasn’t the only one I think. And it’s pretty understandable.

We took our way to the lawn with the teepee, very appropiate for our indian morning, and we were there, almost dying because it was damn cold, so we were hugging or at least really close to each one. I was kind of good because I also took some bottle from Zuzana with hot tea and I was putting it all around my neck, far away of being erotic or something, even though you could  say I was finally hot. So we were standing there, waiting for the sun to give it our yawning greetings. And we were waiting. And waiting. And s******g in the f*****g sun because it wasn‘ t there yet. And all I could think about was all those minutes I could have spent sleeping instead of waiting for a sunrise that seemed it wasn’t happening that morning.

But someone moved and walked through the lawn, left direction. Maybe Mára. And there it was, making its appearance behind the mountains, THE SUN (insert ovation here). So we started to be kind of happy for that (?), and then we made a circle, explaining something about what meant that moment for us. Or the whole exchange. I DON’T REMEMBER because I was sleeping. And I only remember that I said something like „yes, I think the same than Iveta“, but actually I don’t know what Iveta thinks, because I repeat that I don’t remember at all. What I recall it’s that keepcontactala moment, all hugging, before going to have some coffee.

Later, Spanish people had to leave so there were more hugs, tears and good wishes to everyone. And you know that everybody is invited to Noelia’s house in case you want to make a stop in Granada. After they left, time for some cleaning and real breakfast for the rest of the people. Mostly cleaning. And bottles and bottles of beer. Also they left, the Czech, most of them. And Iveta, Mísa and I were cleaning the training room and the rest of the things and putting everything into the car. Well, we tried. Because there were a lot damn things there. Including mine, because they were taking me to the airport, directly to Spain (well, not so directly 😀 because of connections). But we did. And they said goodbye. Also do I. 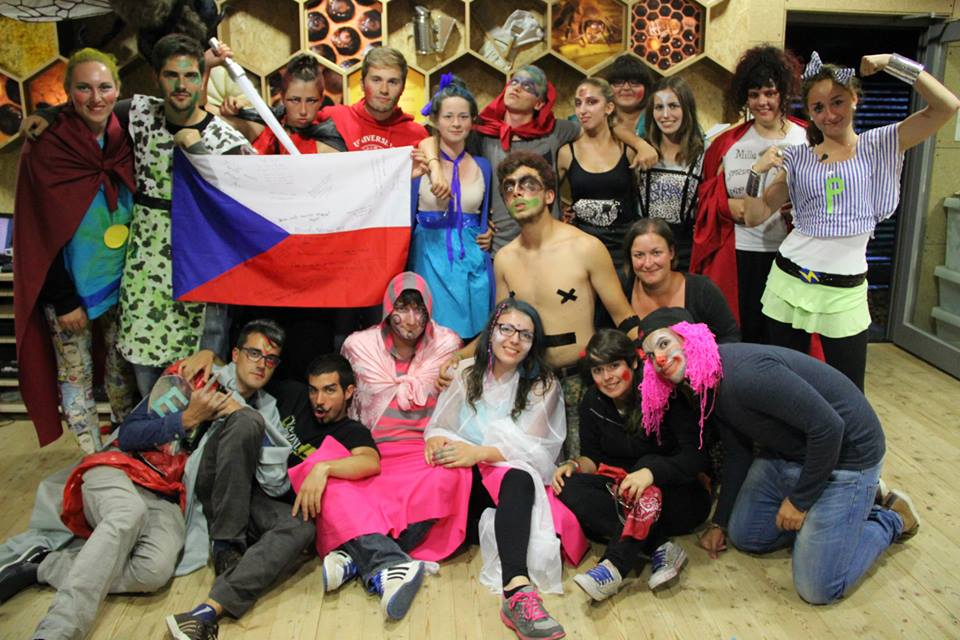